Do you know where is the first Malaysia's satellite township? Toot your own horn if you are Petaling Jaya residents because the answer is that! Petaling Jaya or locally known as PJ has supported the fast developing of Kuala Lumpur since early 1952.

This satellite township began with 800 houses (1957) where 5 years later, over 3,000 houses, 100 shops and 28 operating factories mushrooming the area. The growth accelerated briskly until today. It has yet become one of the most populous and fast-growing cities in Malaysia with 520,698 population.

PJ reached different milestones each year and diverse developments continued to progress relentlessly. Today, let us emphasize to you the latest and new update about this bustling metropolis in the Klang Valley. 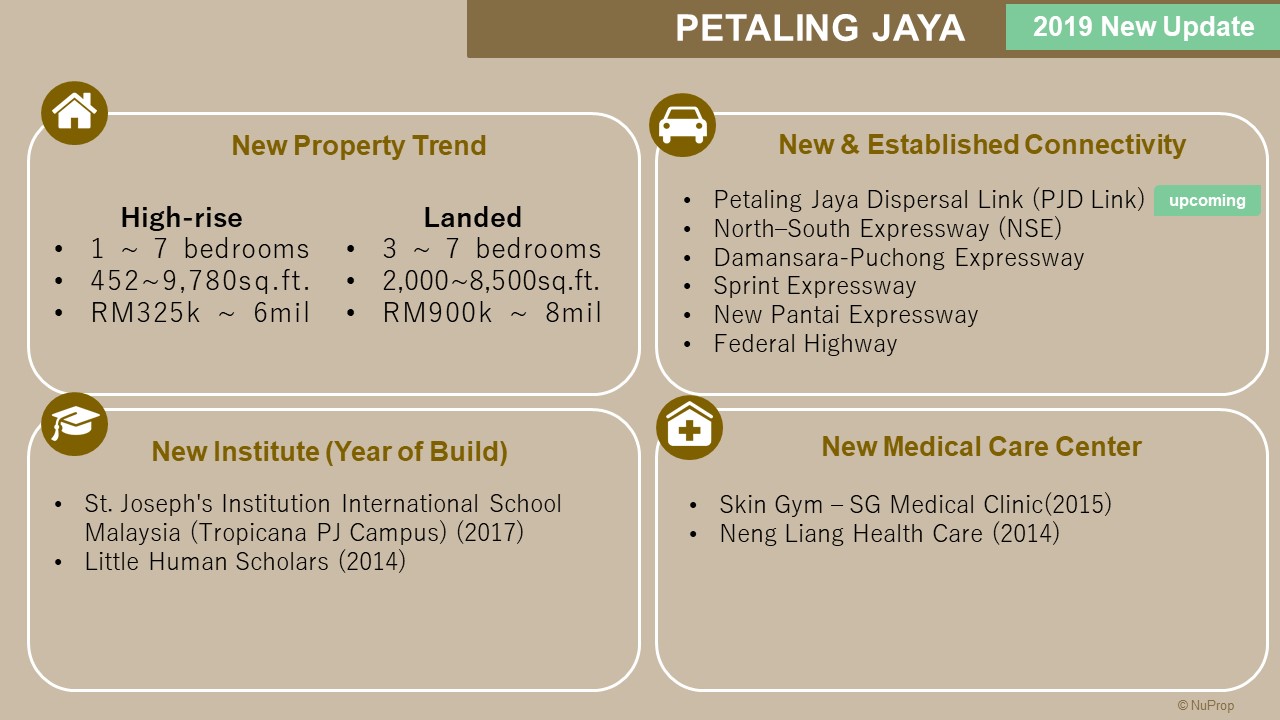 PJ is a 'kampung' to some — growing up there buying snacks from Jaya Shopping Center or celebrating birthday at the oldest A&W fast food restaurant. All these fond memories symbolizes the maturity of the town.

Since it is strategically located nearby Kuala Lumpur, many people find their conformity to live there, either the old citizens or the residents-to-be. Well, it's not a 'kampung' because it has become a prime spot for residential and commercial purposes, particularly in the eyes of developers.

Developers continually sprucing up the area with different types of high-rise and landed buildings. High-rise buildings such as serviced apartments, duplex condominiums, SOHO and others have shown an upward trend in terms of its demand. A home seeker can get a new high-rise house as low as RM325k to 6 million, with 1-7 bedrooms.

The trend also covers the development of landed houses. PJ residents often affiliated to live a prestigious life because the houses are spacious ranging from 2,000 to 8,500 sq.ft. A landed house that's located near the city? Well, the price sets from RM900k to 8 million. 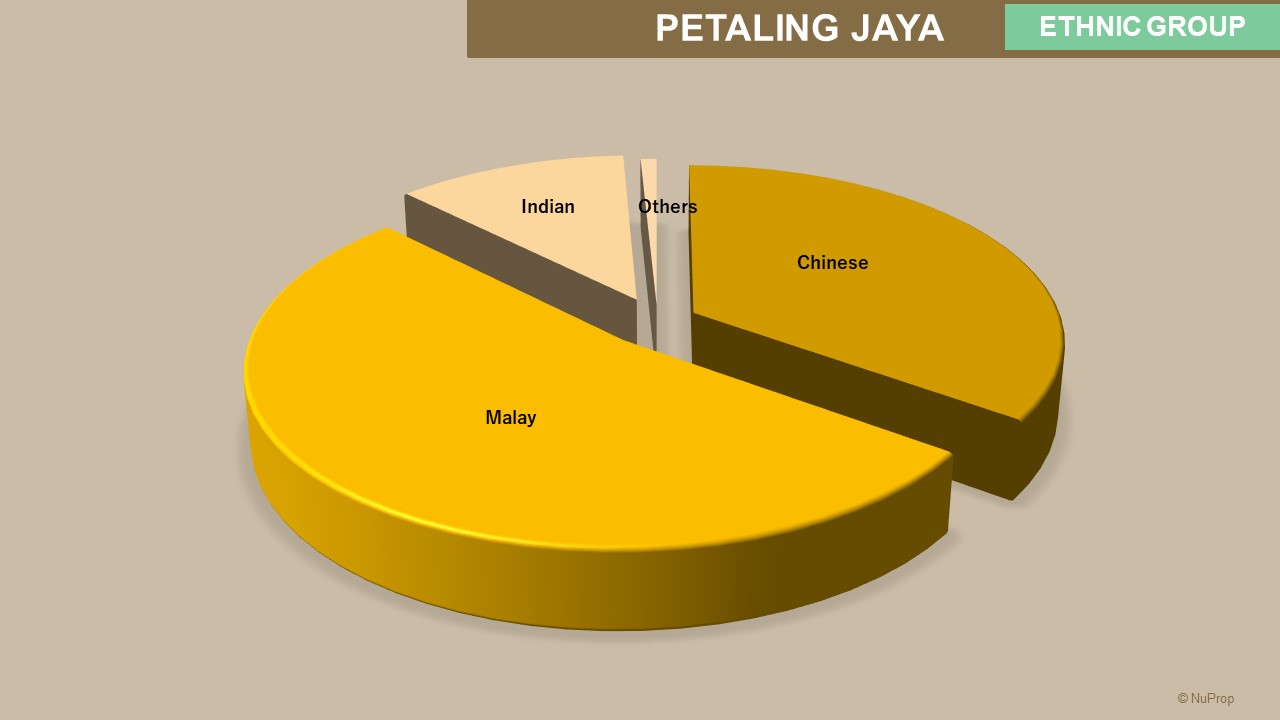 All these new properties have their own potential buyers. Chinese and Malay can be said to be fairly distributed, where the latter might contribute more percentage because old Malay residents tend to avoid migrating. This also implies to their mature and adolescent kids; they want to own a house nearby their comfort thus PJ. Newcomers swarming the area simply because the location is strategic and fit their lifestyle needs. 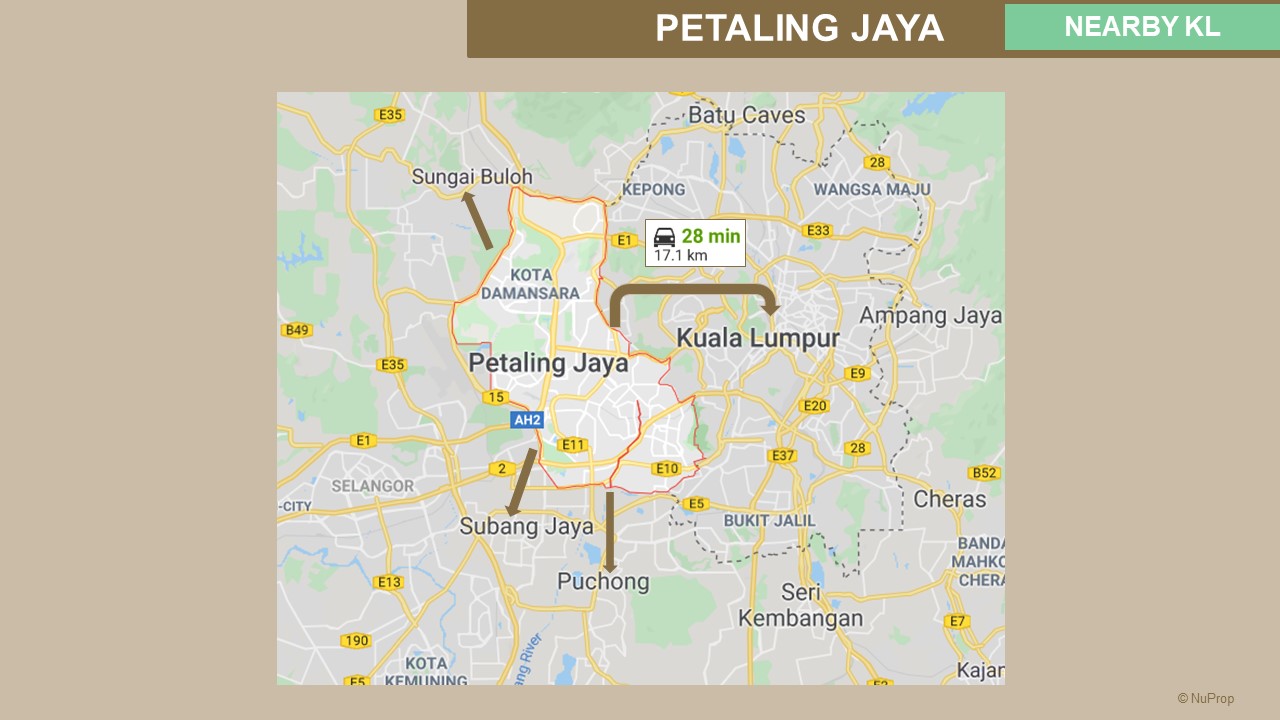 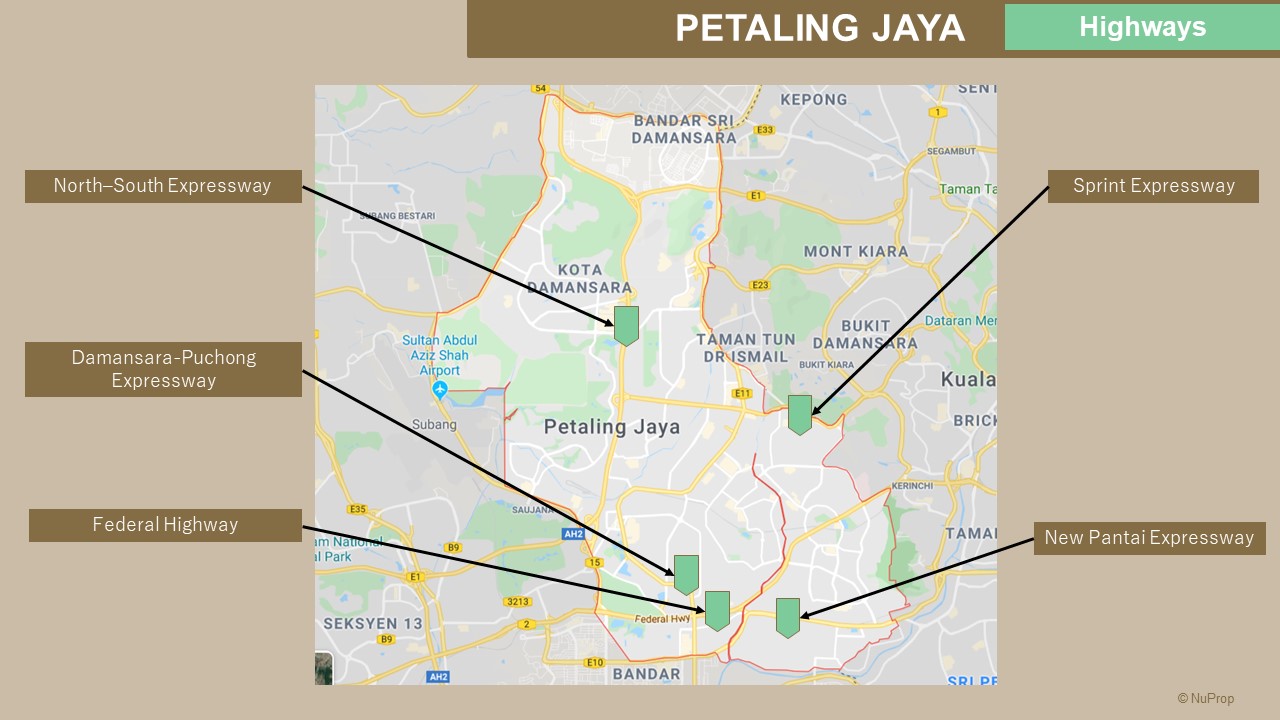 Getting to work from PJ wouldn't be a problem. Not just the connectivity to main road and highways, residents can also ride the Kelana Jaya LRT which serves the Subang Jaya and Petaling Jaya regions to the south, southwest and central Kuala Lumpur.

Read more about the new properties such as Megah Rise is also situated just walking distance from the LRT Taman Bahagia station. 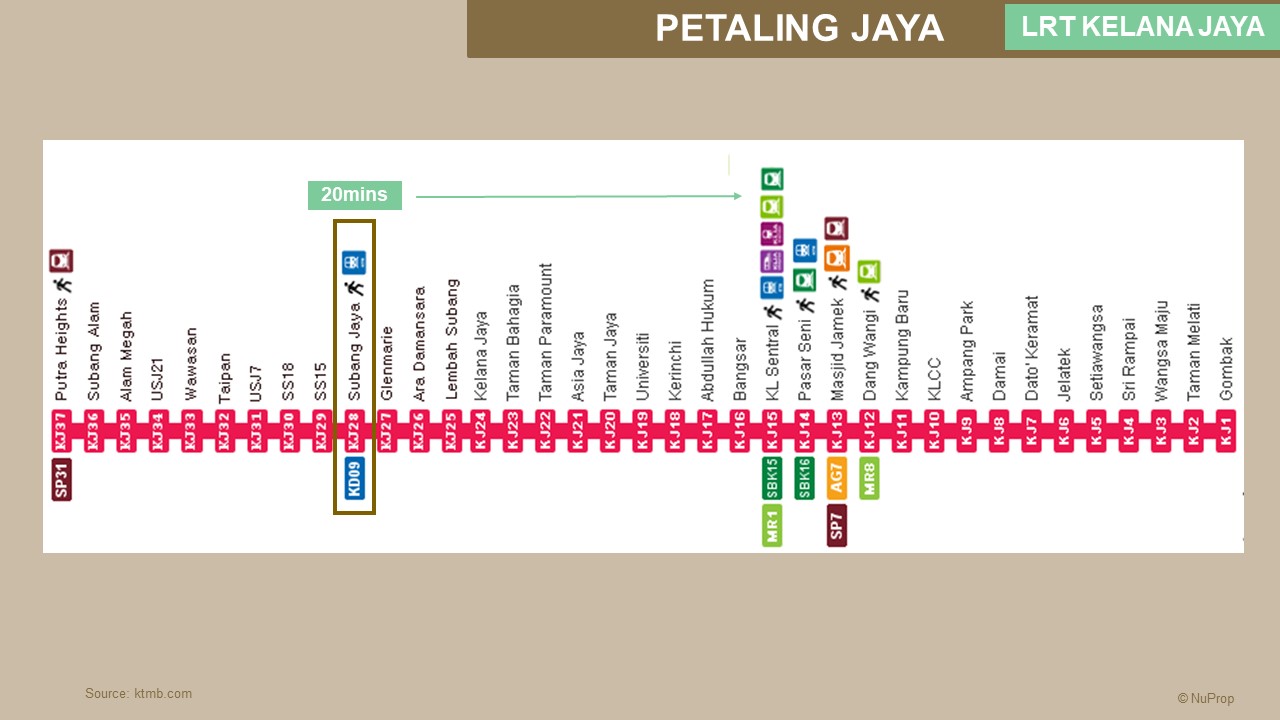 This city with a hive of activity doesn't only show the trend for new residential properties, but the growth of educational functions has also scaled up. For the past 10 years, two new institutes has been build in PJ while not to forget the numbers of established and well-know institute in PJ ranging from kindergarten to universities which are mostly situated nearby many new developments like the Armanee Terrace II, where you can find out more about right here! 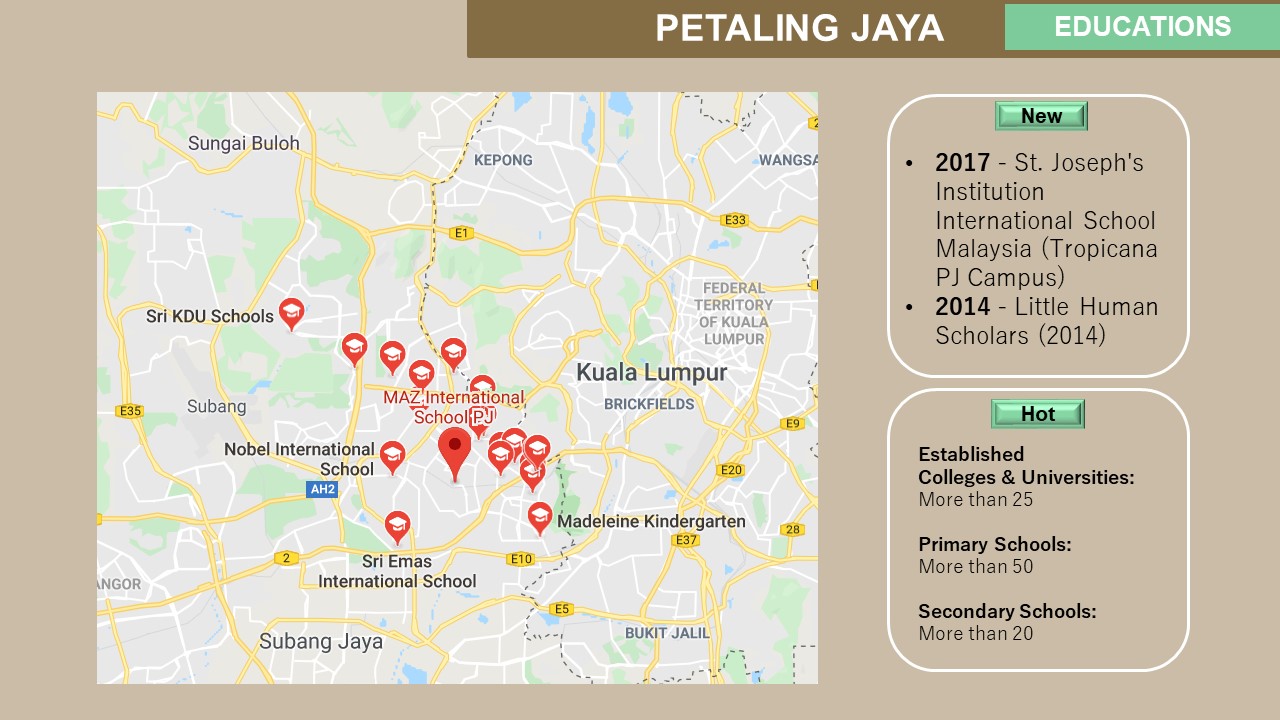 Skin Gym - SG Medical Clinic and Neng Liang Health Care have been introduced in PJ for the past 10 years. Both specialize in different area whilst many existing medical care centers have equipped the city. Not just an established hospital like Columbia Asia Hospital, there is also a government clinic to serve the residents. 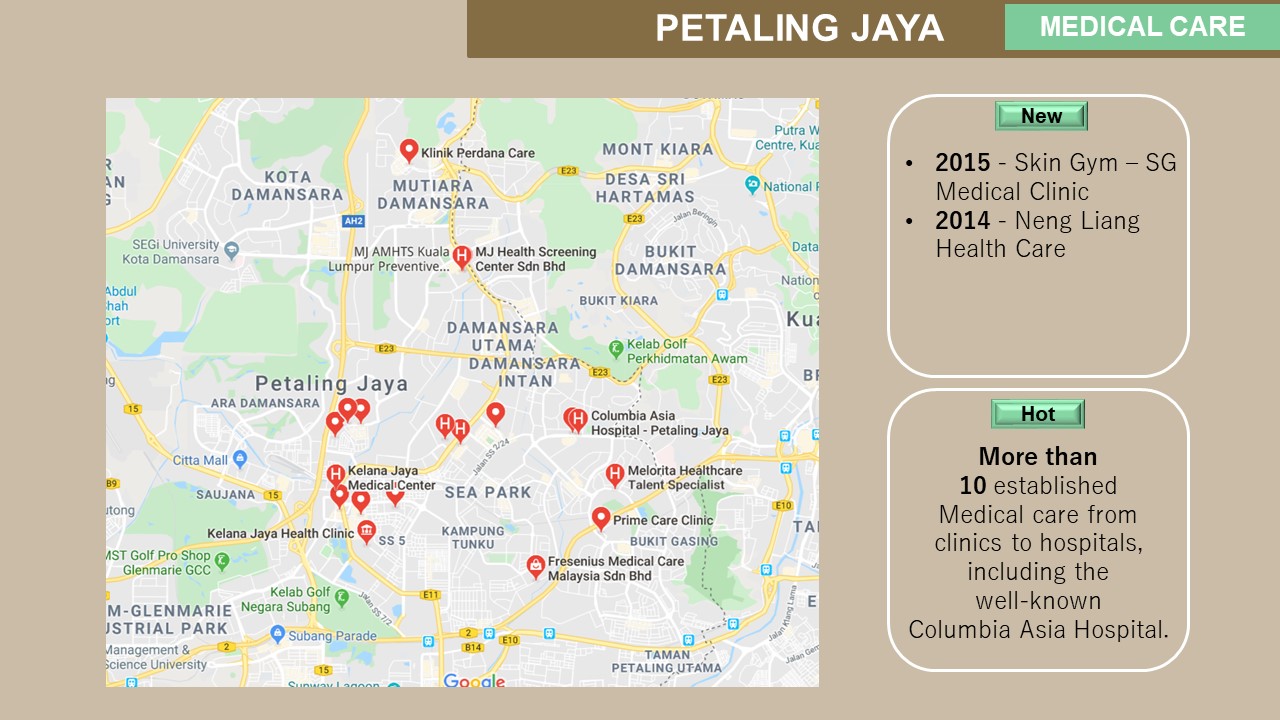 PJ residents can lead the life of Riley since new developments are rapidly progressing. It has become a proper alternative to Kuala Lumpur in almost every aspect. 5 to 10 years from now, PJ will mark the next milestone with another new property developments. For now, let's discover some new properties for sale in Petaling Jaya.

Still confused the amount of options available? Let us do the thinking! Just head on our user support and leave the rest to us!